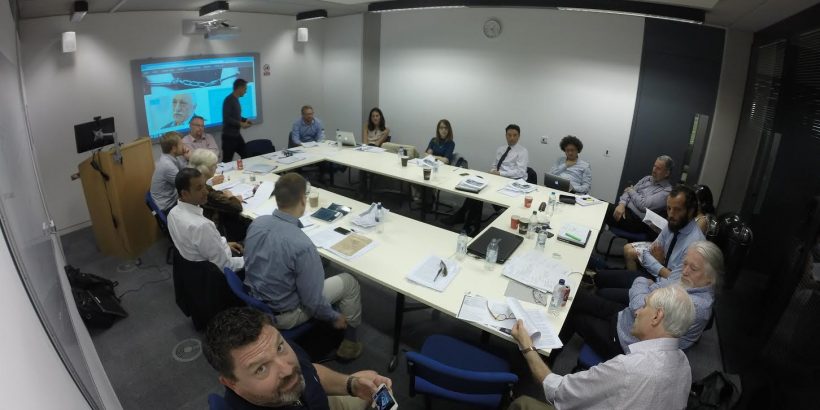 Lawyers and law school professors from around the world congregated in Oxford, England in the last week in August to brainstorm on alternative methods of extradition in light of the possible exit of the United Kingdom from the European Union. A poll of participants indicated that virtually all considered the two-day conference a “complete success,” said Dr. Gary Botting, a Canadian barrister and published expert on extradition law. ”In extradition matters, there is always a need for comparative information,” said Nicola Canestrini, a criminal lawyer from Italy, “and networking events, such as the one held Oxford, are fundamental for an effective defense.”

The first global conference on International Extradition and the European Arrest Warrant at the Centre of Criminology at the University of Oxford attracted academic and practising lawyers from the United States, Canada, Australia, the United Kingdom and Continental Europe. High on the agenda was an examination of the comparative merits of multilateral and bilateral extradition treaties, the European Arrest Warrant (EAW) and the Interpol Red Notice methods of extradition.

Over the course of two days, seminars focused on the theory and practice of extradition laws in a number of jurisdictions, noting that few universities, law societies and bar associations around the world focus on extradition as an area of legal practice. No university in the world offers ad hoc programs in international extradition. “Despite the sharp increase of high-profile extradition cases in recent years, international extradition is still not taught as an independent subject in undergraduate and graduate courses in law across the world,” said Cristina Saenz Perez of Spain, a graduate from UNICRI and one of the principal organizers of the conference. “As a result, with the exception of the UK, no established class of extradition lawyers exists in most countries.”

The seminar was opened by U.S. law professor David Sonenshein of Temple Law School in Philadelphia with a short history of extradition and the origin of the related area of interstate rendition in the United States. The initial seminar drew parallels between rendition, extradition, Canada-wide or Australia-wide warrants that have interprovincial or interstate effect, and the European arrest warrant system.

An entire session, chaired by barrister Mark Summers QC of Matrix Chambers, focused on the adjustments made by the United Kingdom in the process of incorporating the European Arrest Warrant (EAW) into its domestic system. “The last decade shows a  fascinating and difficult tension between pro-surrender courts and a Parliament sceptical of, and determined to lessen the impact of, this European mechanism” said Summers, who appears on a regular basis in extradition cases, including Assange v. Sweden in 2012.

British solicitor Jasvinder Nakhwal, president of the Extradition Lawyers Association, reported on the difficulties of removing Interpol Red Notices once they have been put in place (often arbitrarily) – even once extradition proceedings have concluded.

Australian academic and lawyer Ned Aughterson highlighted the peculiarities of Australian rules of extradition and the “special relationship” with New Zealand, drawing parallels with bilateral extradition practice in the United States and Canada.

German extradition experts Adrian Haase and Thomas Wahl reported on recent developments in German extradition cases, particularly trials in absentia, and analysed the traditional jurisdiction of the German Constitutional Court to determine the legitimacy of the EAW rules where they contradict core aspects of German Basic Law.

Another key organizer, law professor Stefano Maffei of the University of Parma, discussed the importance of expert witnesses in extradition hearings, especially for establishing foreign law, which almost universally is considered a question of fact rather than law.  “I have served on several occasions as a foreign expert witness in extradition cases,” Professor Maffei stated, “and I believe there is a real risk that foreign courts that do not instruct foreign academic experts may misunderstand or misread the rules of the State requesting extradition. This can sometimes affect the fairness of the entire process”.

The second International Extradition Conference will be held in Oxford at the end of August 2017. All those interested should email the team of organisers at stefano.maffei@gmail.com