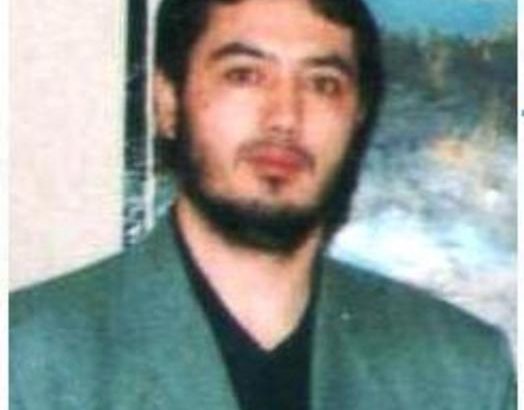 Mr. Mamatkulov was arrested by Turkish police on 3 March 1999 at the Atatürk Airport under an international arrest warrant on suspicion of homicide, causing injuries through the explosion of a bomb in Uzbekistan and an attempted terrorist attack on the President of Uzbekistan. Mr. Askarov entered Turkey on 13 December 1998 with a false passport.  He was arrested on the same allegations and Uzbekistan also requested his extradition.

On 19 March 1999, the Turkish government ordered the applicants’ extradition and on 27 March and the applicants were handed over to the Uzbek authorities. The Supreme Court of Uzbekistan found the applicants guilty of setting up a criminal organisation, terrorism, a terrorist attack on the President, seizing power through the use of force or by overthrowing the constitutional order, arson, uttering forged documents and voluntary homicide and sentenced them to terms of imprisonment; in October 2001 the Uzbek Ministry of Foreign Affairs informed the Turkish embassy that the first applicant was sentenced to 20 years and the second to 11 years imprisonment.

A Chamber hearing was first held on 23 October 2001. The Chamber held unanimously on 6 February 2003 that there had been no violation of Art. 3, that Art. 6 was inapplicable, and that no issue arose regarding the second complaint under Art. 6. In a 6-1 vote, it held that there had been a breach of Art. 34. The Turkish Government then requested that the case be referred to the Grand Chamber.

The judgement examined the applications and reasoned as follows:

Art.s 2 and 3 ECHR: The Court found that, while the applicants’ counsel submitted reports of international human rights organisations, such as Amnesty International, on torture and other forms of ill-treatment of political dissidents in Uzbekistan, these findings described only the general situation and did not support the specific allegations made by the applicants. No substantial grounds existed at this date for believing that the applicants faced a real risk of treatment contrary to Art. 3. Consequently, no violation of Art. 3 was found, and therefore it was not necessary to examine the allegations separately under Art. 2.

Art. 6 § 1 ECHR: The Court then considered the applicants’ complaint of unfairness of the extradition proceedings in Turkey and the criminal proceedings in Uzbekistan. As for the extradition proceedings in Turkey, the Court reiterated that decisions regarding the entry, stay and deportation of aliens do not concern the determination of an applicant’s civil rights or obligations or of a criminal charge against him, within the meaning of Art. 6 § 1 (see Maaouia v. France, Penafiel Salgado v. Spain, Sardinas Albo v. Italy). Therefore, Art. 6 § 1 was not applicable.

Art. 34 ECHR: The Court assessed the applicants’ counsels’ allegation that Turkey failed to comply with its obligations under Art. 34 by extraditing the applicants despite the measure indicated by the Court under Rule 39. The Court noted that, pursuant to Art. 34, applicants should be able to communicate freely with the Court without being subjected to any form of pressure from the authorities. The Court concluded that the obligation set out in Art. 34 in fine requires the Contracting States also to refrain from any act or omission which would make it pointless or otherwise prevent the Court from considering the subject matter of an application under its normal procedure.

The Court argued that in practice it only applies interim measures under Rule 39 if there is an imminent risk of irreparable damage; usually requests for its application concern Art. 2, 3, and exceptionally, 8. The Court found that because of the extradition of the applicants to Uzbekistan, the level of protection which the Court was able to afford the rights which the applicants were asserting under Art. 2 and 3 was irreversibly reduced. It concluded that Turkey was therefore in breach of its obligations under Art. 34 by failing to comply with the interim measures.

Art. 41 ECHR: The Court did not consider that the alleged pecuniary damage had been proved but the applicants undeniably suffered non-pecuniary damage as a result of Turkey’s breach of Art. 34 which could not be repaired solely by a finding that Turkey had failed to comply with its Art. 34 obligations. It thus made an award for non-pecuniary damage on an equitable basis.

The Strasbourg-based court decided that Askarov not be extradited to Uzbekistan because of the existence of the risk of torture and capital punishment in the event of his extradition. Despite the ECtHR ruling, Uzbek prisoners Mamatkulov and Askarov were handed over to the Uzbek authorities by a cabinet decision on 26 April 1999 after midnight.

Then President Süleyman Demirel is known to have dealt with the extradition process himself. Sending a note to ECtHR, Turkey said Uzbekistan is a country which respects human rights and opposes torture, so extradition of the two Uzbeks would not have led to any serious problems. Turkey extradited the Uzbeks without waiting for an answer from the Court.

Following his extradition, Askarov was placed in the Tasturma Prison, which is known for its human rights violations and torture of inmates. Mr. Askarov was not granted the right to a fair trial. Not only Askarov, but also his family members, were subjected to torture.

From time to time, Askarov found coverage in the world media due to the torture and ill treatment he was subjected to in jail.

However, just as he was reaching the final days of his prison sentence (as he should have been released in April 2011), Askarov was killed in prison due to heavy torture. His body was sent to his family and the cause of his death was cited as heart failure.