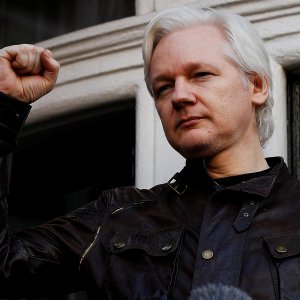 Wikileaks co-founder Julian Assange has been arrested -for failing to surrender to the court- at the Ecuadorian embassy in London.

He stayed there for seven years, in order to avoid extradition to Sweden over a sexual assault case that has since been dropped.

However, Wikileaks tweeted that Ecuador had acted illegally in terminating Mr. Assange’s political asylum “in violation of international law”

Home Secretary Sajid Javid tweeted: “I can confirm Julian Assange is now in police custody and rightly facing justice in the UK.”