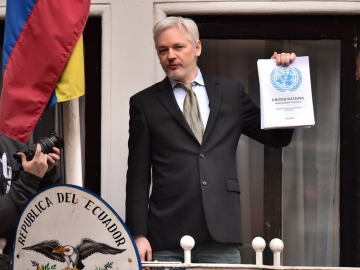 A UN panel ruled last week that Wikileaks founder Julian Assange is being “arbitrarily detained”. The UN Working Group on Arbitrary Detention issued its conclusion — a non-binding legal opinion — that Assange has been subjected to arbitrary detention by both the Swedish and British authorities. Britain and Sweden immediately rejected the UN report, […]