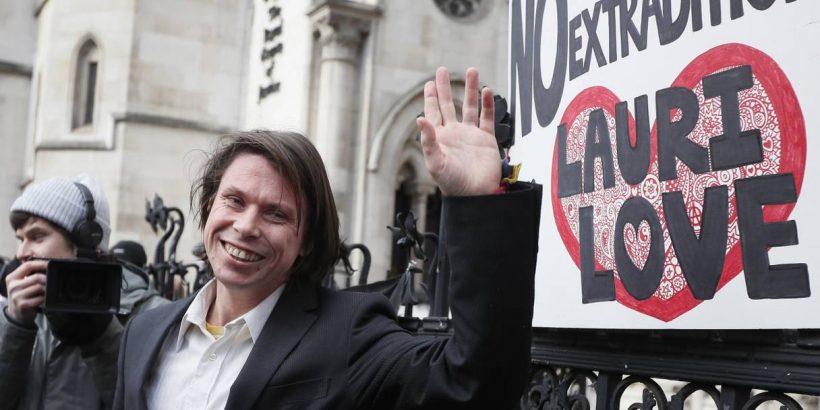 Lauri Love, who was accused of launching cyber attacks on targets such as the FBI, the US army, Nasa and the Department of Defence, will not be extradited to the USA.

The High Court indeed ruled that he should be tried in Britain, as he suffered severe mental illness and could kill himself if brought to the USA. Lauri Love has been diagnosed with Asperger’s syndrome and also suffers from other serious mental problems.

Luari Love family stated: “We’re hopeful that other people may be able to rely on this verdict to ensure they are treated more humanely by the justice system.”

Emma Norton, the group’s head of legal casework, said: “Where unlawful activity is alleged to have taken place in the UK, those suspected should be tried in the UK – not packed off to foreign courts and unfamiliar legal systems. This is especially important in cases of vulnerable people like Lauri Love. This was always a case that could have been prosecuted here, and it’s shameful that Lauri and his family have been put through this terrible ordeal.”

Sarah Lambert, head of policy at the National Autistic Society, said “As we raised in evidence in Lauri’s case, autistic people need the right support so their needs are understood, particularly in prison, or they may develop complex and long-term mental health problems”.